Florida has a lot going for it, and now Wall Street wants to take advantage of it.

The financial press has been filled for months with stories about New York-based securities and hedge fund firms developing plans to move to the Sunshine State. Firms like Goldman Sachs, Tiger Global Management and D1 Capital Partners have all announced plans to move offices and executives to Florida in a rush to create a "Wall Street South."

Lifestyle and tax benefits are often cited as the reasons for the move, with one executive telling Bloomberg that many in finance are tied of paying for premium of living in the Northeast.

“A lot of people that are making the move down have figured out that they can enjoy New York on their own terms,” said Weaver, 47. “That seems to be a common thread among the finance people who are now in Florida: We want to continue to be in the business but don’t want to pay the implicit and explicit costs anymore.”

But what many firms may not be considering are the implicit costs of locating office space to a state with increasingly beset by topical cyclones and flooding.

Risk Market News: What ways are commercial real estate properties at risk in a flooding event vs. residential properties?

First Street Foundation: First, it’s worth pointing out that private residential properties and commercial properties are often fundamentally different in their respective design, building material, locations, and public accessibility - meaning multi-family dwellings and commercial properties are more likely to be situated further inland away from water sources, and to be constructed to withstand more flood water than the typical single-family residence. Our latest research developed and applied a new methodology for estimating vulnerability (which is specific to large buildings, such as retail, office, and multi-unit residential buildings) in order to provide a more comprehensive understanding of risk, and builds off our earlier work which was unique to single family properties. However, it was not our intention to compare the relative flood risk of multi family and commercial vs residential properties. In terms of our findings:

For all residential properties with any flood risk, our analysis found the heaviest concentration of those economic losses are centered in the states of Florida and California.

When examining the average estimated annual loss for properties with any flood risk on a per-property basis within a state, Delaware has the highest value at $21,361 per property at risk of economic loss in the model. South Carolina ($11,634), Florida ($7,481), Washington ($6,450), and California ($4,394) round out the top five.

Of these five states, Delaware and South Carolina tend to have the combination of high probability flooding risk and high property values in the areas that flood often, which together drive higher average economic loss estimates. Florida, in contrast, has much more risk across the entire state which affects both high- and low-value homes, leading to a lower relative estimated average annual loss.

The top 5 cities in total economic losses are located in the states of Florida and South Carolina, led by Fort Lauderdale, FL, which annually has nearly $570 million in economic risk. Miami Beach, FL, is second on the list with an annual loss estimation of $509 million, followed by St. Petersburg, FL ($357 million), Tampa, FL ($333 million), and Charleston, SC ($300 million).

The distribution of the total number of buildings with risk and total structural damage costs by metropolitan area varies across the United States for commercial properties.

There are predominant patterns of high risk when considering structural damage costs in large cities where these types of office, retail, and multi-unit residential buildings are more likely to be concentrated.

RMN: Do you think there is a deep understanding of the risks that companies face when relocating to disaster prone areas like Florida?

First Street: Despite flooding’s tremendous impact on US properties and communities, current estimates of expected damages are lacking due to the fact that flood risk in many parts of the US is unidentified or underestimated.

Two-thirds of the nation’s 3.5 million stream miles and 46 percent of its shoreline have not yet been mapped by the Federal Emergency Management Agency (FEMA). Not all studies are comprehensive, and not all maps use the most recent data or are of the highest quality. Wing et al. found that current FEMA maps only identify 33% of the US population that is at risk of flooding in the 1% annual-chance event (also known as the 100-year flood). FEMA only considers two types of floods (the 1% and 0.2% annual-chance events) in their mapping process, despite the fact that flood damages arise from a full spectrum of possible flood events whose depths and impacts vary by return period. Additionally, FEMA does not characterize flood risk at the individual parcel level, which limits the amount of information they can provide about a property’s flood risk.

To FEMA’s credit, their maps are created with the primary driver being regulatory and safety uses by local and federal government officials and not as a property level risk tool. This difference accounts for much of the gap identified by Wing and colleagues. In terms of economic flood risk, there are a number of proprietary and “black box” flood models that are often used in the estimation of mortgage risk, insurance rates, and larger portfolio analyses.

RMN: How would you compare the same flooding risks for firms moving from Wall Street to Florida, especially given the flood damage to Manhattan from Superstorm Sandy?

First Street: Different firms will have different motivations for relocating. Financial firms in particular have less physical infrastructure at risk, and require less machinery or other physical capital in order to maintain productivity. The main difference here is that the flood risk from Sandy was along the lines of a 1 in a 100 year storm (or more rare) for the majority of the NYC metro area. That's not the case for most locations in Florida.  Similar flood risk is generally more along the lines of a 1 in 10 or 1 in 20 year event.  The risk is generally higher in Florida than NYC.

RMN: For a firm relocating to Florida, what are the most common or suggested commercial property flood mitigation strategies?

First Street: Commercial markets can utilize comprehensive flood risk information to guide their prioritization of investment in areas where there is lower exposure and where the local economy also has lower impacts (such as due to the indirect impacts of a more restricted market).

Additionally, commercial markets can prioritize their involvement with mitigation efforts on a local scale or that is building-specific to decrease their vulnerability through structural damage and the resulting downtime impacts as well as to not be located in an area where the local economy is overly restricted from large amounts of indirect economic impacts.

Lastly, the vulnerability indicators included in our report are versatile enough to inform other risk assessments that commercial markets may undergo and can be useful for understanding and prioritizing adaptation strategies so that building-specific vulnerabilities are reduced. This includes planning for the facilitation of remote work if downtime is necessary so that direct economic outputs are reduced only at minimum levels, planning for the streamlining of construction work to speed up repair time to shorten the amount of downtime necessary, and understanding the amount of potential financial obligations involved with their estimated flood risk so that additional money may be set aside and the business is not overly handicapped by surprise costs. 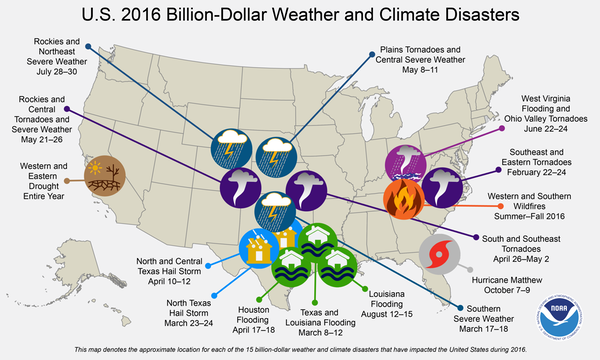 Inland flooding created more billion dollar losses in 2016 than at any other period over the last 15 years, according to data released Monday by the NOAA’s National Centers for Environmental Information (NCEI). The U.S. has experienced four billion-dollar inland flood events during last year, doubling the average 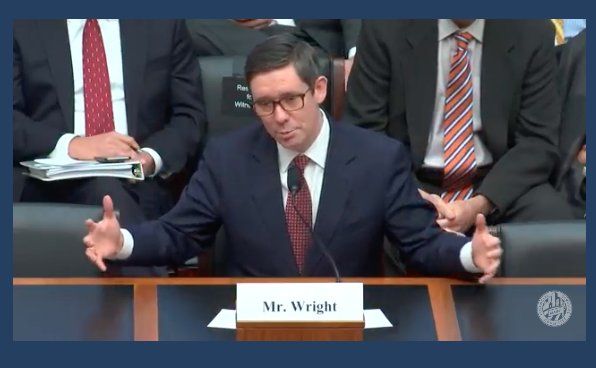 The current leader of the National Flood Insurance Program (NFIP) was grilled at a congressional hearing Thursday regarding the U.S. government’s handling of modeling and mapping data that would be key to luring private market insurers into the market. The Federal Emergency Management Agency’s (FEMA) Deputy Associate